Leveraging AR to save money – and lives 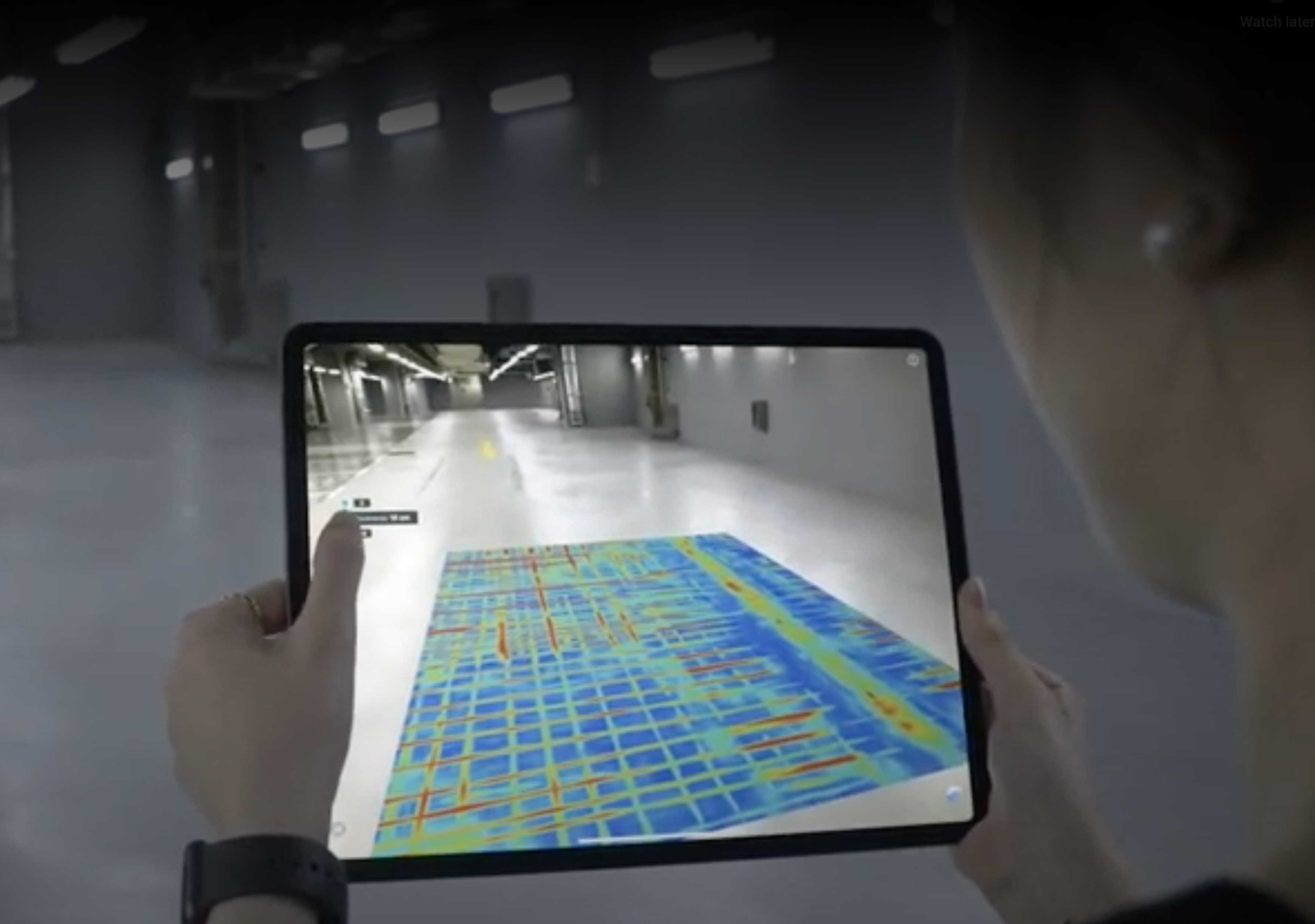 The power of Augmented Reality (AR) was recently showcased by Singapore’s leading daily newspaper, The Straits Times. Their feature article described how Screening Eagle Technologies, with its Dreamlab and Proceq teams, is targeting the very fabric of our existence – the infrastructure we use in our daily lives – and harnessing AR to give inspection engineers ‘X-ray vision’. Now we go behind the scenes for a closer look at the reasons for this – and how you too can acquire superhero powers, today.

Massive economic value is at risk from aging global infrastructure and construction ‘birth defects’ in new assets. Roads, bridges, buildings, energy and transportation networks – assets that form the backbone of our economic development and public safety – are crumbling due to inadequate inspection and maintenance.

This is why Screening Eagle is pioneering the $68 billion Inspection Tech industry, bringing together talent to build digital-first, intelligent inspection solutions that secure an artificial intelligence (AI)-powered future for sustainable assets and infrastructure. Screening Eagle is a cloud-based technology platform for intelligent inspection of assets and infrastructure. The platform includes portable connected sensors that can look into concrete – such as the Proceq GPR Live ground penetrating radar, the Pundit ultrasound pulse echo and the Eagle Inspect software which manages inspection data and workflows.

Screening Eagle Technologies was created through the merger of Dreamlab, a Singapore-based software and robotics company and Proceq, a Swiss based NDT (Non-Destructive Testing) company with a 65+ year heritage as a market leader in portable sensors. Meanwhile, Dreamlab was established in Singapore in 2015 with initial support from EDB. Dreamlab has a complete software development team that is responsible for the mobile, web and cloud software development of the Screening Eagle platform. Thus, Screening Eagle products are the perfect harmony of hardware and software.

AR is making inroads into the design of specialized services in the architectural and building sectors. Ground penetrating radar (GPR) and the Pundit ultrasound pulse echo solution are used to image the subsurface allowing real-time imaging which was previously impossible to achieve.

The full iOS app including the augmented reality (AR) visualization (using Apple’s ARKit) and Cloud backbone were developed by Dreamlab, while the GPR and the ultrasound hardware are designed and manufactured by Proceq. The first products were launched onto the market in October 2017 with major updates announced at our 2019 Global Summit in Singapore and those subsequently went live in late 2019.

GPR and Ultrasound Live are the world’s first large scale AR-empowered solution for industry application – with software (iOS/AR/Cloud) for mobile platforms, particularly iPad. The Proceq GPR Live and Pundit ultrasound array enable engineers and inspectors to look deeply into concrete and clearly visualize objects such as steel reinforcement and electrical pipes as well as defects and anomalies. It is the like the X-ray, ultrasound and MRI machines at the doctor’s office that let you scan inside humans and produce images. Our solutions do the same thing, but inside concrete. Concrete is the most widely used construction material globally – with 22,000,000,000,000kg of concrete being used every year to build the infrastructure that supports our everyday lives.

Our apps are the world’s first iPad powered health inspection solutions for concrete with real time and instant imaging in 3D and augmented reality. Thanks to the intelligent software and the power of the iPad, you can now do – in real time, on site – what previously took days of post-processing in the office. With this solution, inspectors can collaborate anywhere, anytime for as-built verification and structural investigations.

Using augmented reality, we have taken the experience to an entirely new level of intuitiveness so that anyone can understand what is inside the concrete – putting true Superman vision into the structural inspectors. Meanwhile, you can read the article from The Straits Times here.