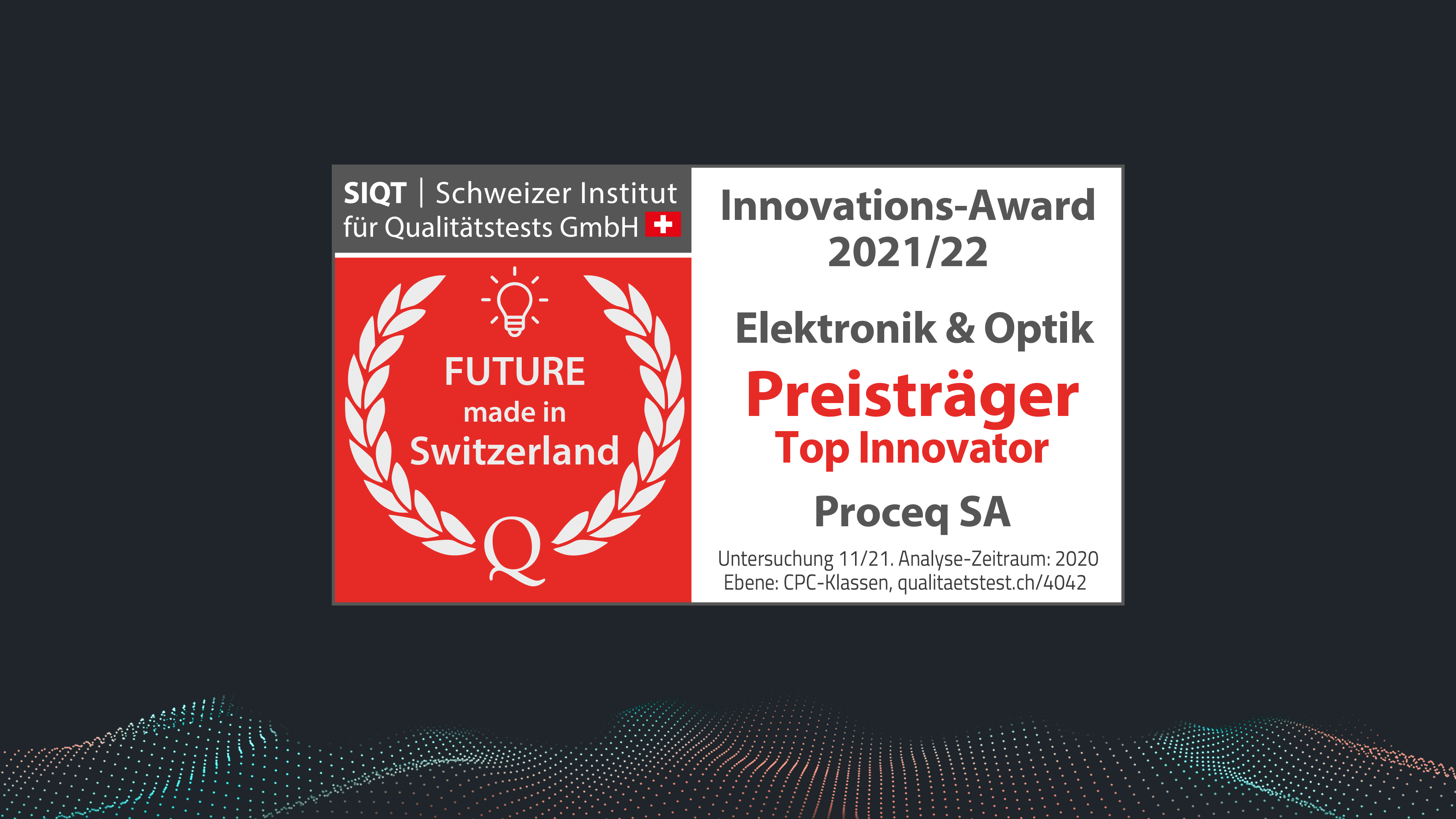 Screening Eagle´s brand, Proceq, has been announced as the winner of the Innovation Awards 2021/22 by the Swiss Institute for Quality Testing (SIQT). This is the second consecutive year the company has been recognized as Top Innovator by the SIQT.

The Swiss Institute for Quality Testing is now honoring Swiss companies for the second time that have distinguished themselves through particular innovative strength. This year, the focus was on no less than 1,784 companies that were granted 7,941 patents worldwide in the approximately 130 main classes of the CPC patent system. The companies whose score (a combination of patent number and citation values) was among the top 10% in their industry were honored.

Proceq has been delivering Swiss quality sensors since 1994 and has since become a global leader in GPR sensor manufacturing and subsurface applications. Proceq also has a powerful objective for portable ultrasonic flaw detection in metal, composites, and plastic materials.

This is one of several recent awards highlighting how Proceq and Screening Eagle Technologies continuously belong to the top group of the most innovative companies in the country.