The purpose of this project was to investigate the capabilities of ultrasonic testing for detecting early failure of bolts and to log the data together with the bolt location. The customer was particularly interested in bolts along linear assets such as railway tracks.

Causes of bolt failure in heavy industry include corrosion and overtightening. Failure starts from the weakest point, typically just beneath the bolt head. The result is that the bolt head is eventually sheared off, rendering the bolt useless. An inspection method is required to detect any defects as early as possible, before ultimate failure.

For linear assets in particular, it is important to be able to identify from which bolt a set of inspection data was taken from, especially when there are hundreds or thousands of identical bolts. 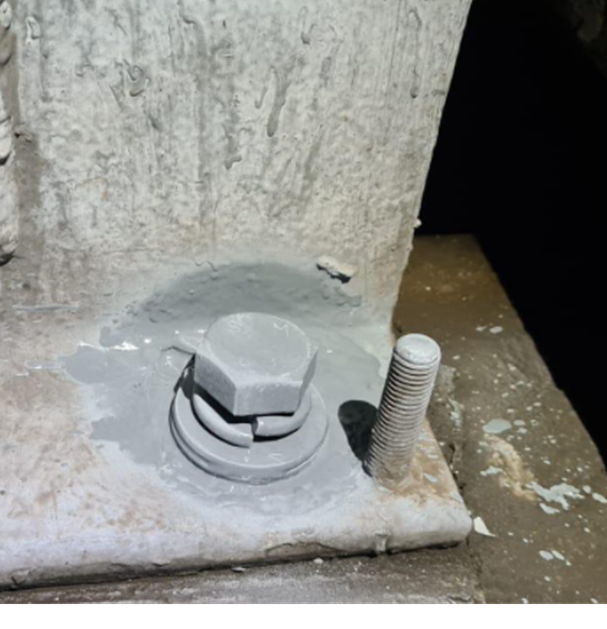 The proposed solution is to use ultrasonic pulse-echo technology to non-destructively check the condition of the material, whilst not causing any damage or disturbance to the existing bolt. Two types of ultrasonic pulse-echo technology can be used. The first is conventional ultrasonic testing which provides the inspector an A-scan (amplitude-time plot) that must be interpreted by an expert. The second and more advanced option is phased array testing which provides the inspector with an image of the interior of the bolt. This is much easier to interpret, immediately on-site. 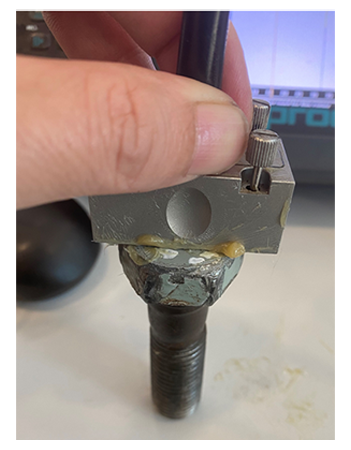 Phased array probe being held on a bolt. The bolt is ex-situ for the 'proof of concept' project but an identical testing method can be used with the bolt in-situ

To test out the proposed solution, a defect was simulated using a 2 mm cut, just beneath the bolt head. Phased array testing was used to get images from the two bolts - one with no cuts and one with the 2mm cut. In the images, the bolt threads and base of the bolt can be identified. And in the bolt with the 2mm cut, an additional indication is visible from the 2mm cut.  Further tests were conducted and it was concluded that ultrasonic array technology is a suitable approach for testing and sentencing bolts on-site. 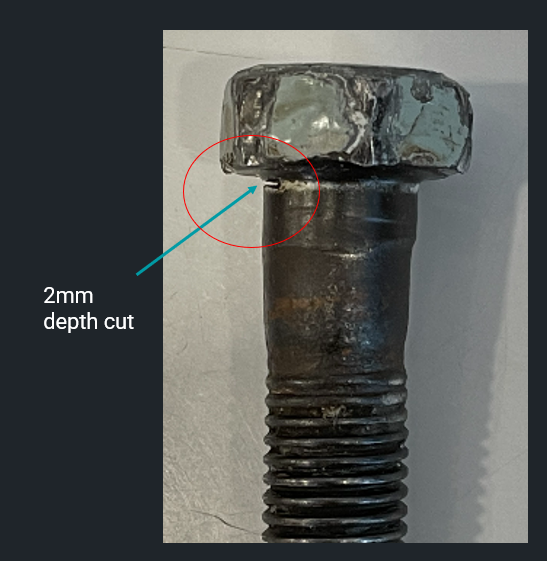 Bolt with a 2mm depth cut to simulate a defect.

For this project, Screening Eagle Technologies' Proceq FD100 was used which has convential ultrasonic testing and phased array testing capabilities and many features to improve efficiency such as calibration wizards and automatic reporting. 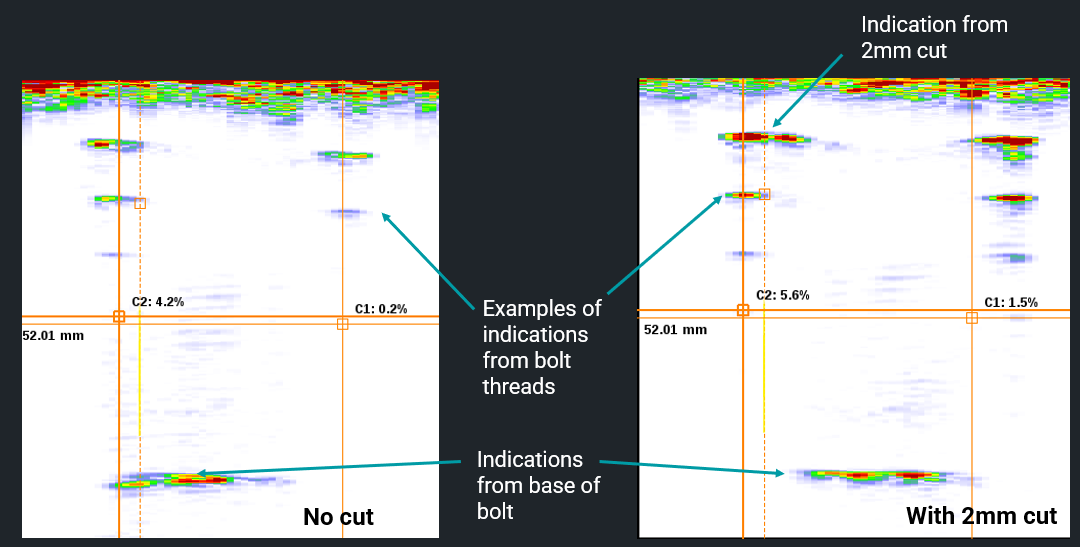 Screening Eagle Technologies' software platform INSPECT was used to log the inspection report together with the location of the respective bolt. The location of the bolt is automatically recorded using the iPad and other data such as photos and serial numbers can also be appended to the inspection report.  Furthermore, a dashboard is available for a quick overview of the full condition of the asset e.g. how many bolts have been inspected, how many are likely to be damaged, and so on. 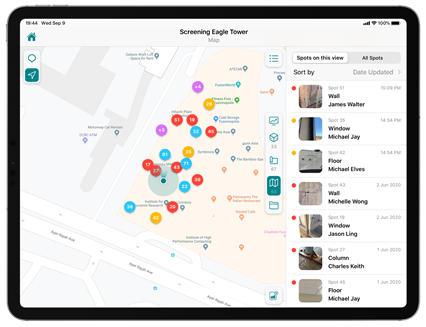 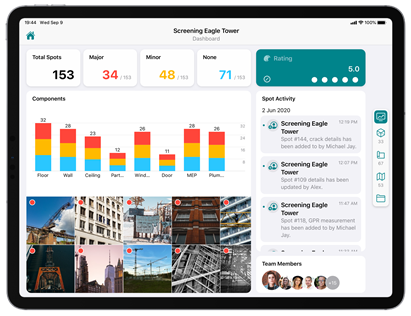 Learn more about ultrasonic inspections with more application notes and case studies on our Inspection Space.