Ana Pires is a scientific astronaut and researcher at INESCTEC with over 15 years under her belt as a researcher studying volcanic and space rocks, maritime engineering, and robotics.

This case study focuses on a first of its kind event – an all-women micro-gravity mission. Ana wanted to take her research from the ground, into space, to test the hardness of sedimentary and volcanic rocks in low to zero gravity environments.

As a researcher at INESCTEC’s the Centre for Robotics and Autonomous Systems, Ana works with underwater technologies, geo-robotics, mapping and geo-visualization. The Microgravity mission will be important for Space exploration, mining in Space (Moon, Mars, Asteroids), engineering, construction and architecture in extreme environments.

To achieve this mission, Ana took several Scientist-Astronaut Courses including the Embry-Riddle Aeronautical University, Florida, USA where she had the chance to learn the basics in space training.

Next, Ana completed the Planetary Geology Training in Flagstaff, Arizona, USA - one of the most interesting analogous places on Earth where NASA astronauts also prepare their space trainings and fieldwork - where she had the opportunity to collect the rocks that were used in this unique microgravity experiment. 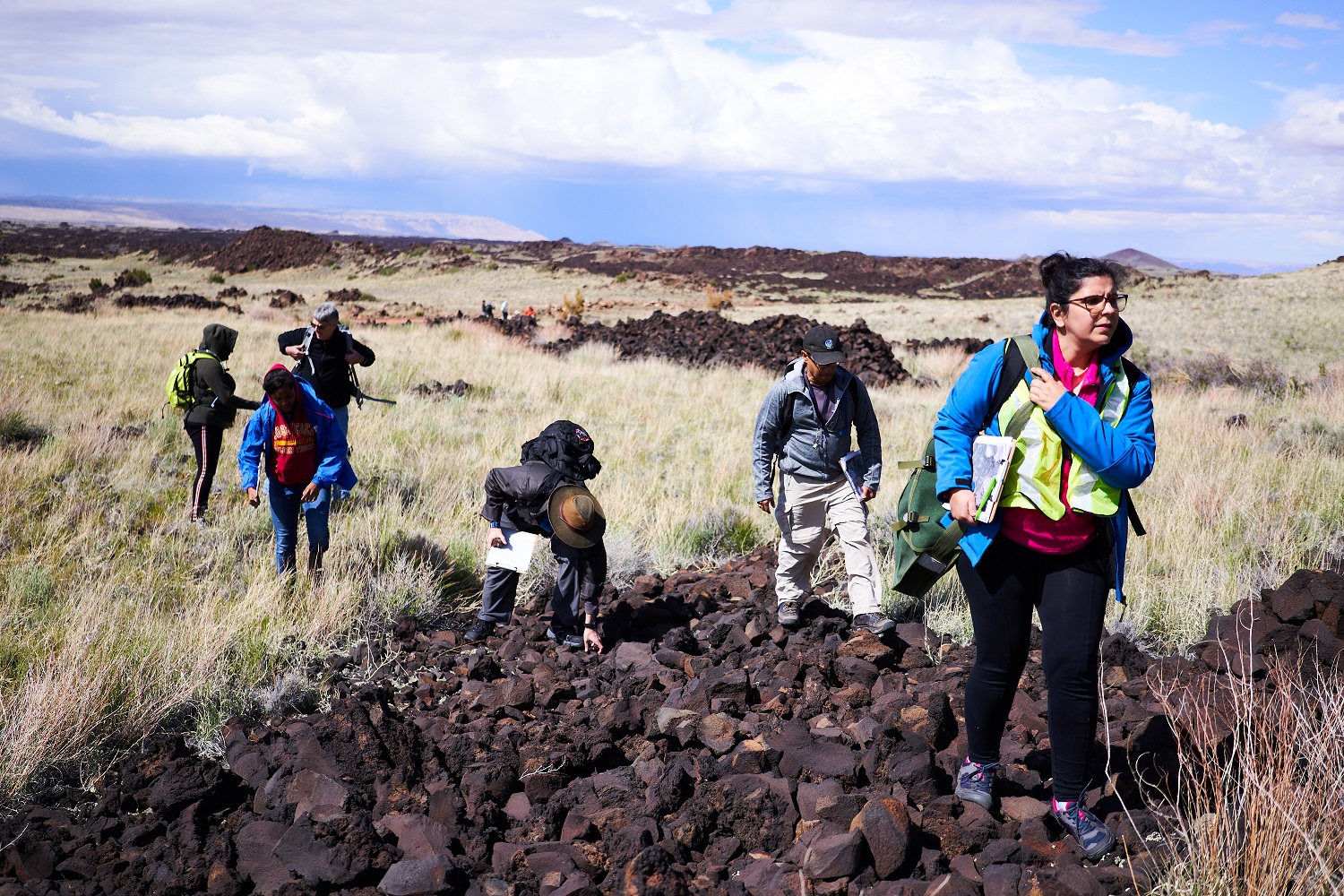 The Microgravity Experiment took place in Ottawa, Canada, with the National Research Council Canada as part of the PoSSUM project, supported by NASA’s Flight Opportunities Program.

This process was repeated 19 times, during which Ana was able to collect the data during 5 parabolas (2 in lunar gravity and 3 in microgravity). When hardness testing data from these conditions is compared to that taken on the ground, it provides deeper insights into the effects of gravity on rock hardness and how the testing technology performs in these circumstances. 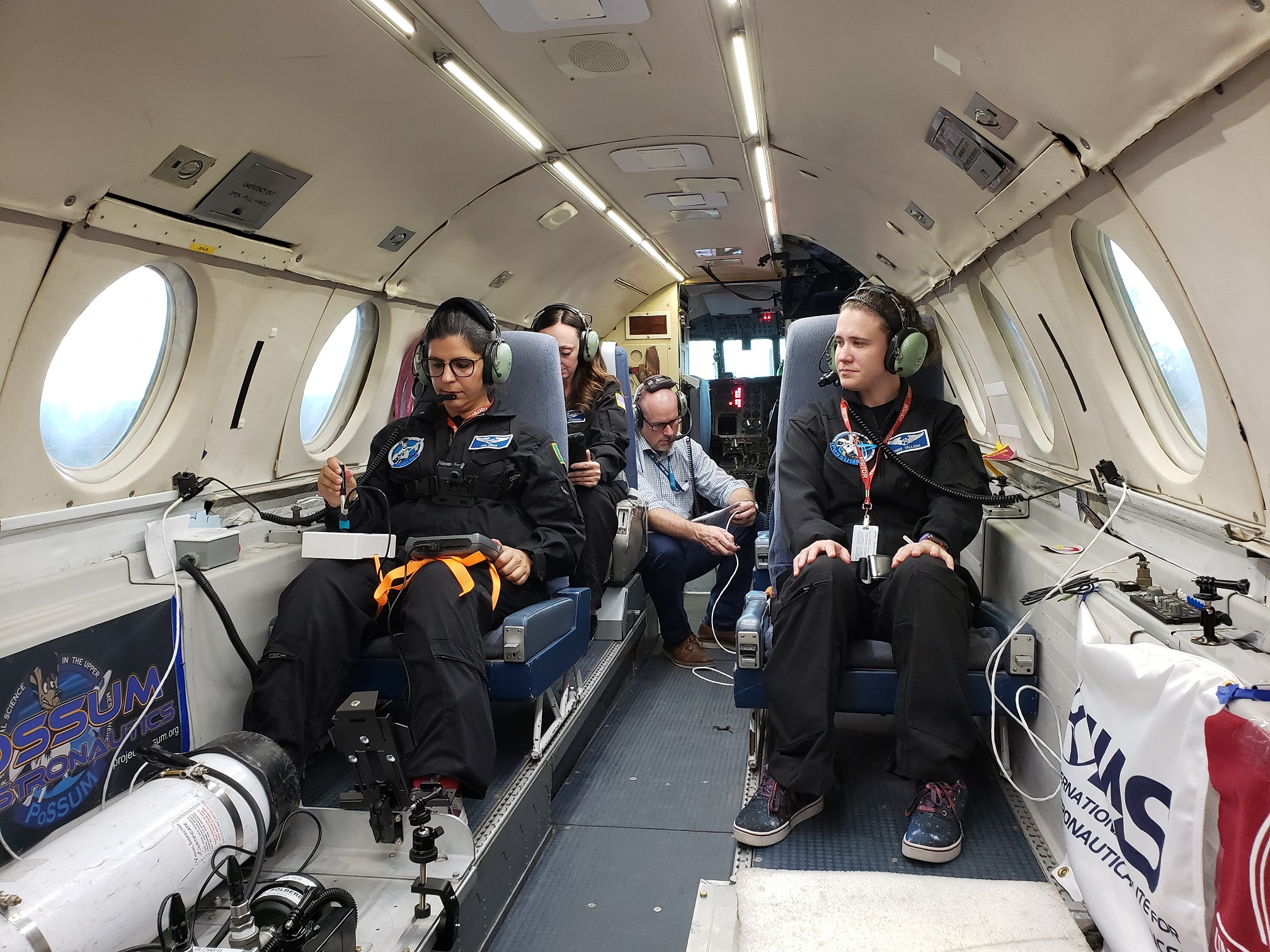 Ana used the Equotip to measure surface strength of rock, both on the ground and in space (as well as the Schmidt Rebound Hammer to compare the result on the ground). This was the first time that the Equotip has been used in micro-gravity or space environments, but it certainly isn’t the last.

Both European Space Agency and NASA, along with important international companies, have shown their interest in building structures in challenging environments, space engineering, construction, and architecture for Moon, Mars, and beyond. Moreover, space mining and the exploitation of mineral resources is closer than ever to becoming a reality. For this we need to study the foundations and types of rocks and soil found on the moon. And for that, state-of-the-art technology is needed.

Equotip equipment proved to be the most fitting solution for this mission, presenting a wide range of uniaxial compressive strength, allowing them to test rocks, soils, or metallic components. 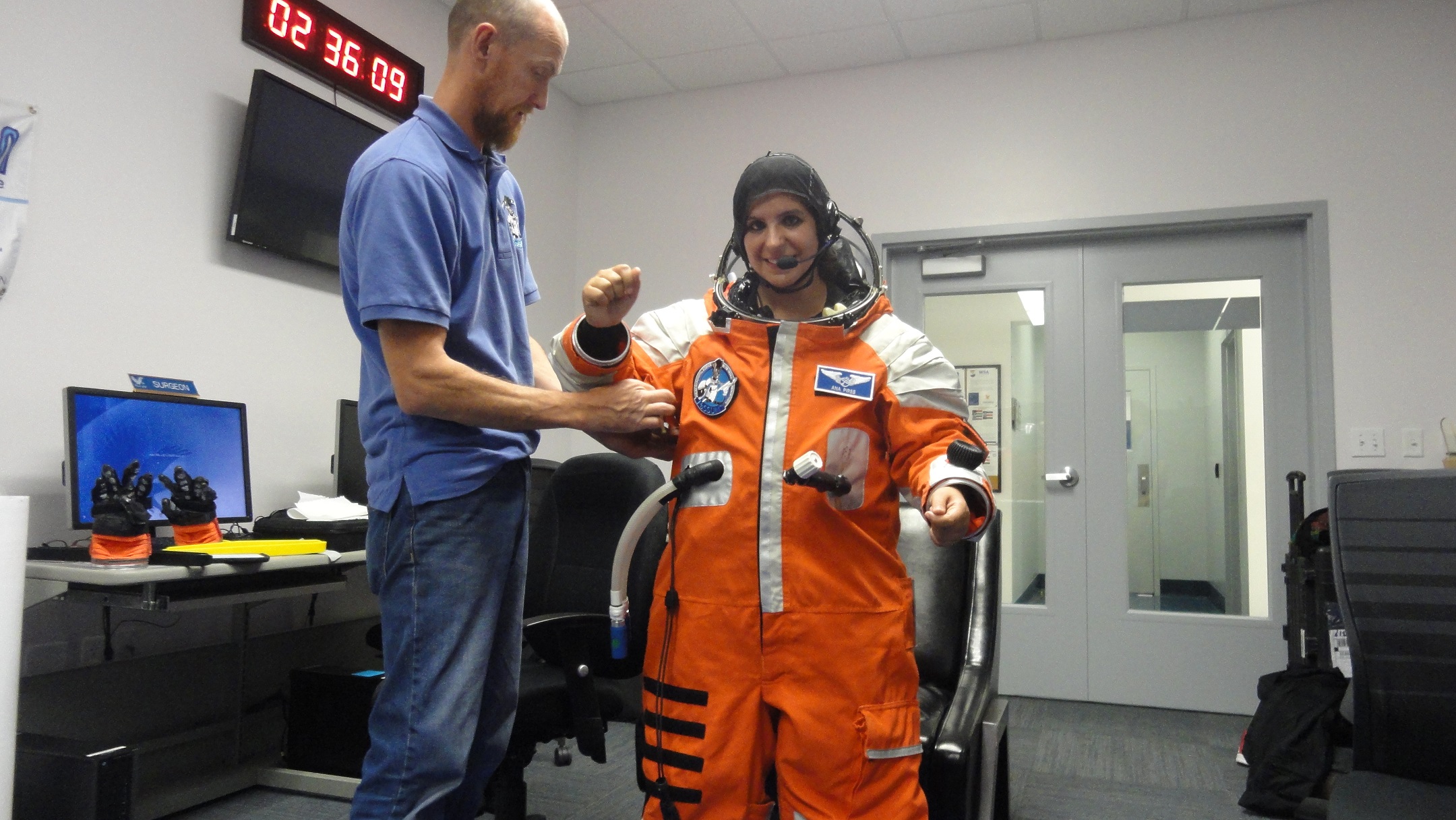 The preliminary results of the experiment allowed Ana to evaluate the equipment behaviour in microgravity and lunar gravity over the five parabolas, providing good indications for future integration in a geo-robotic system or space suits. The versatility of the Equotip allowed Ana and her team to gather first-time data with precise measurements of the hardness of rocks in zero gravity environments - the first and crucial step towards rock hardness testing and analysis in outer space.

“Equotip is a very portable, simple way to measure hardness and could help us in space exploration to measure rock surfaces on the moon and on mars.” Ana Pires

This study showed that not only is Equotip an effective way to study rock hardness in low gravity, but astronauts could use it in many other ways. For example, the Equotip could be used to measure the hardness of the space shuttle itself and even be adapted in the future to be used by rovers or robots in space.

As a highly portable device with a wide application field in space exploration, Equotip allows scientists, researchers, astronauts like Ana to reliably assess rock surfaces and test hardness of materials in a variety of conditions. The development of this research was possible with the support of Centre for Robotics and Autonomous Systems of INESC TEC at ISEP.

To learn more about Equotip visit our product page with all the information, related FAQs and useful content.