His Earth Co. Ltd. is a geological & geophysical consulting company in S.Korea. Their customer wanted to gain quality information about the distribution of the lava cave, so the team at His Earth were tasked with performing an in-depth GPR survey to find out more.

The customer is looking to develop a piece of their land at Jeju Island, a World Natural Heritage Site by UNESCO. Within the land lies the Majang lava cave, so before they are able to get approval to start any development, they first must confirm the distribution of the Majang lava cave, to ensure there's minimal to no destruction to the natural heritage value. 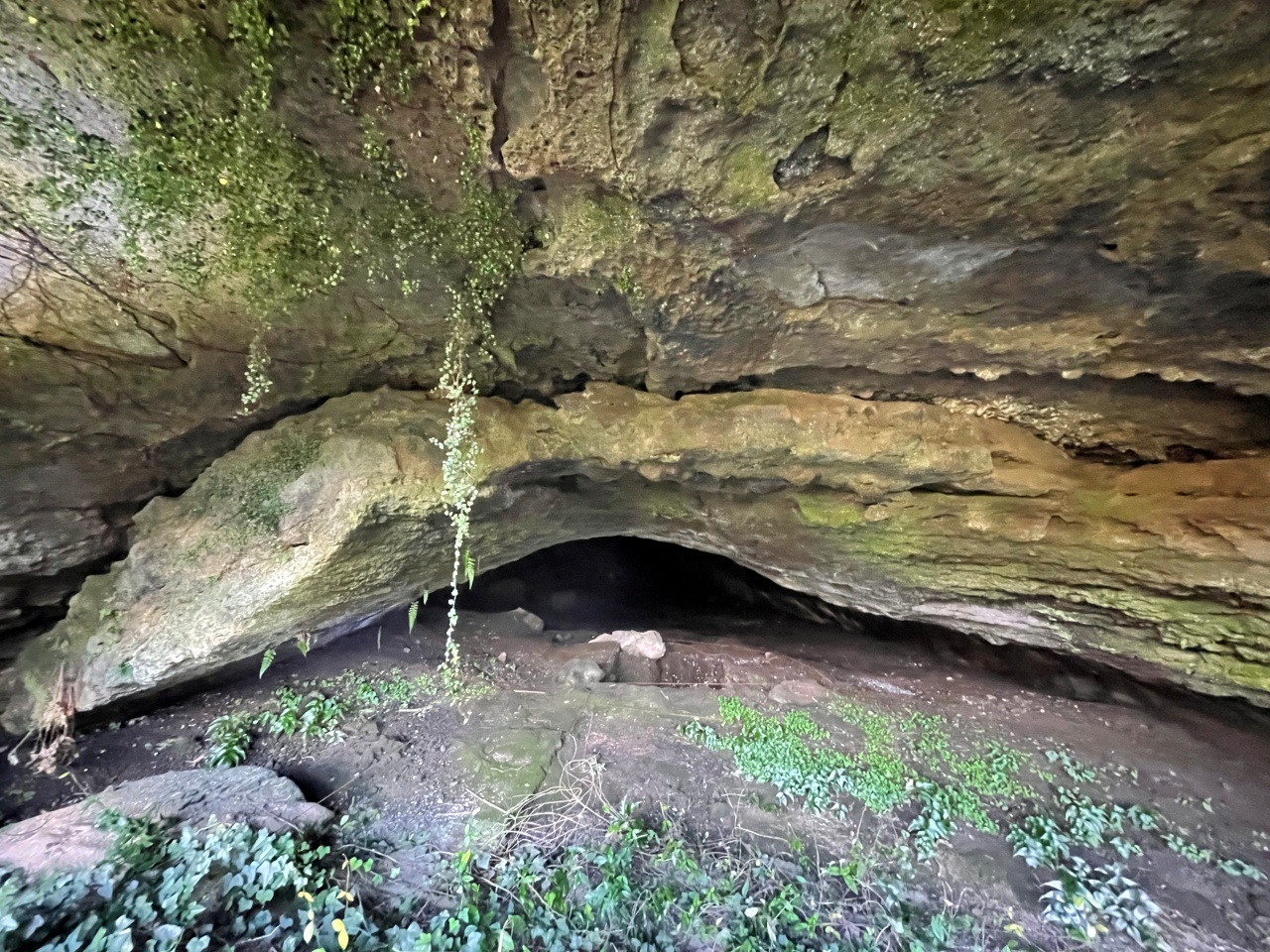 Underground lava caves come in different shape, size and conditions, at different sections of the cave, and therefore not entirely accessible in some cases. It is then critical to be able to accurately detect and determine all relevant data of the ground underneath the piece of land, as it decides whether it's eligible for development, or not.

In addition, the land foundation is hard because the ground is composed by basalt, but the risk increases as if there is a sinkhole (lava-cave) underground in the location. Therefore, it is important to understand the foundation of land in a design as a whole. 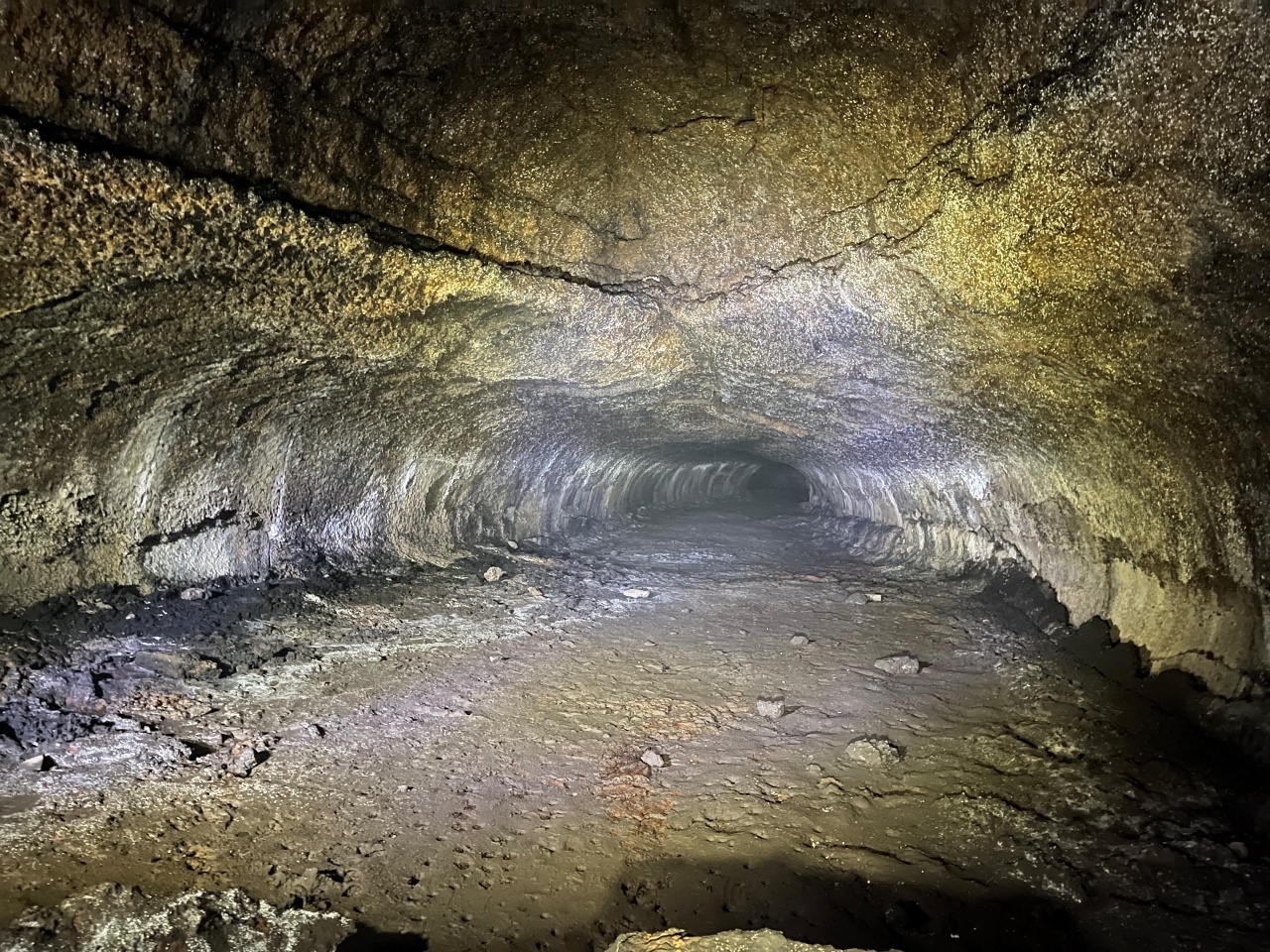 The customer needs to see different subsurface layers, a requirement for high resolution data, but also to see deep enough to detect any sinkholes (lava caves), below the basaltic surface layer. For this challenge, the Proceq GS8000 was used to detect and map the lava caves effectively.

Conventional, pulsed GPR systems fail short of this requirement, since they are trapped in the frequency dilemma; in short, you must pick your frequency and this selection influences the depth penetration and your resolution.

The Stepped Frequency Continuous Wave technology (SFCW) gives the GS8000 an ultra-wide bandwidth for low and high frequencies, getting the perfect mix of penetration depth and resolution, even under challenging ground conditions. The GS8000 iPad app enables 3D visualization on site in real-time and enables the targets to be projected onto Google Earth as the true geo-location is obtained with the integrated GNSS receiver, MA8000. 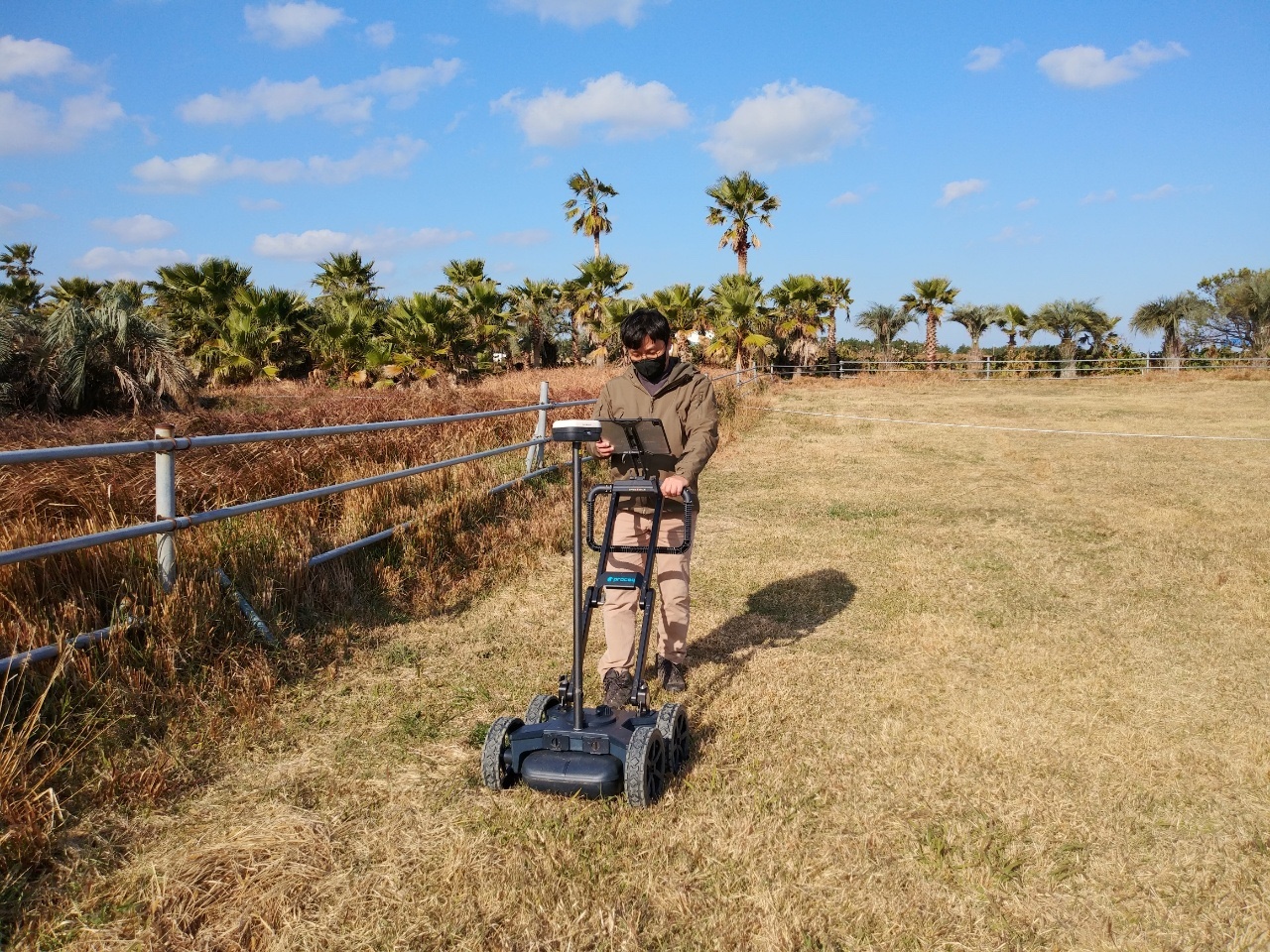 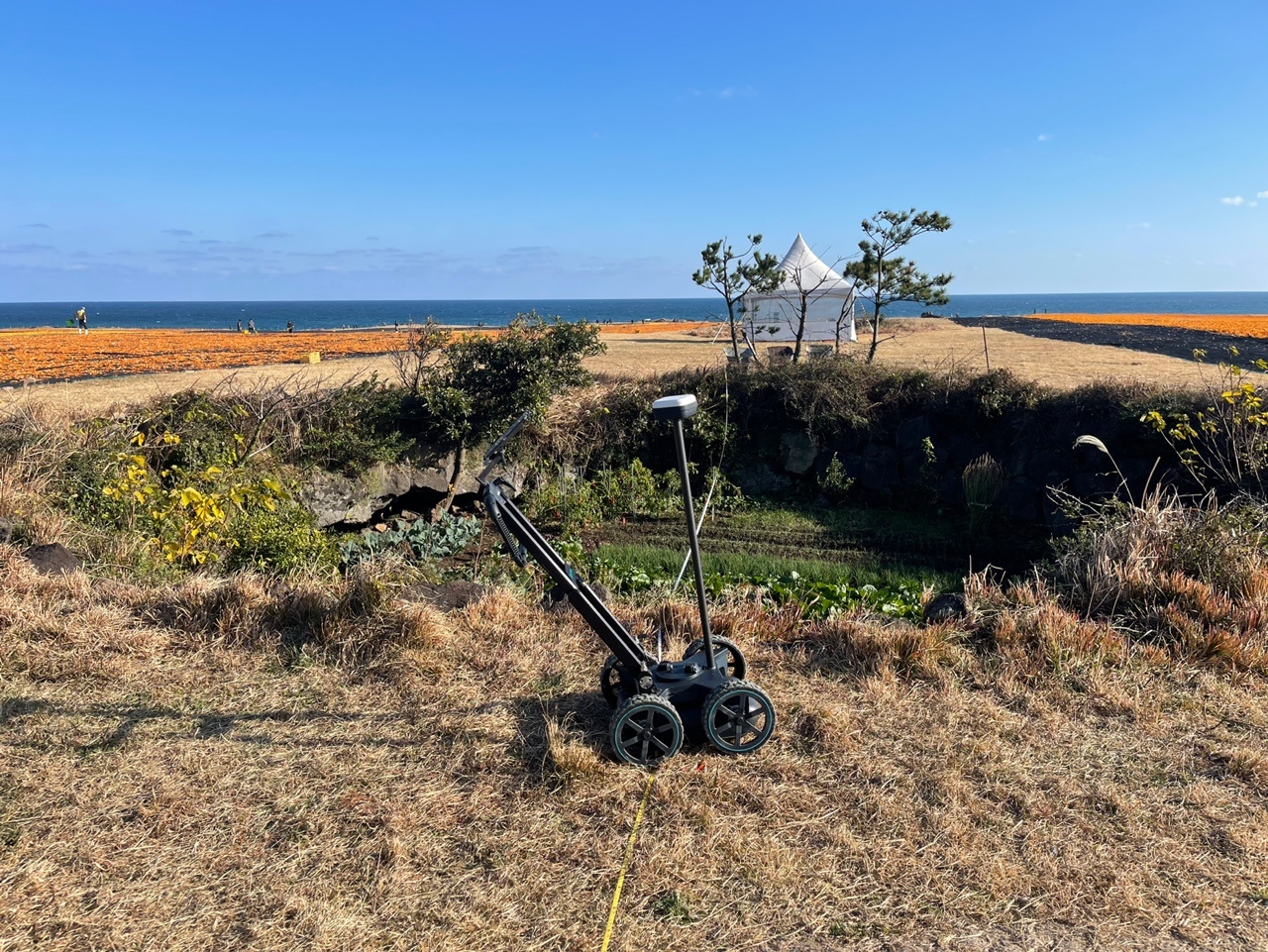 His Earth was able to detect and accurately map the Majang lava cave depth and location using Proceq GS8000, and their customer is very happy with the data collected. 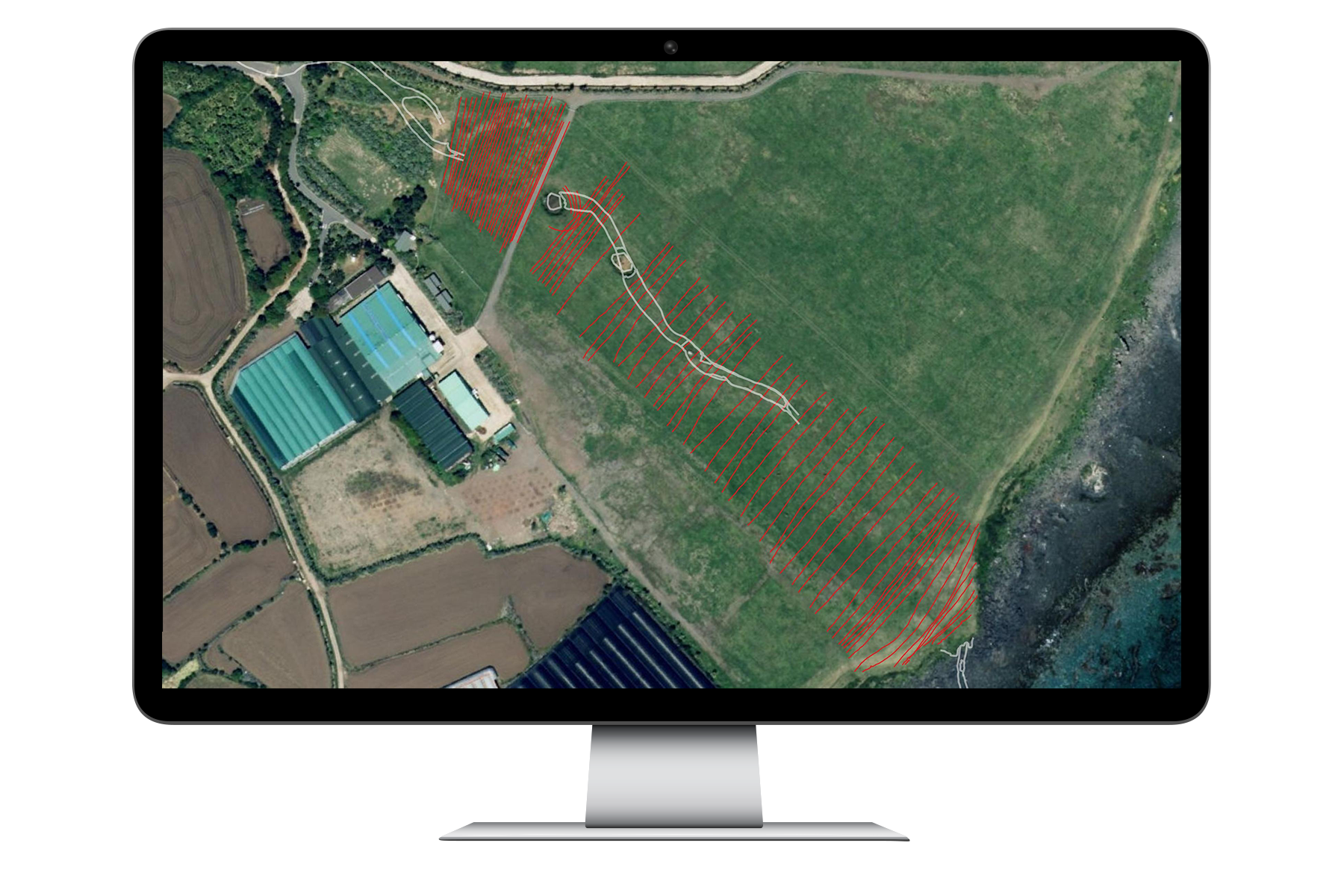 For deeper analysis, the team used GPR Slice post-processing software. In this image, you can see the white lines which represent the distribution of the underground lava cave by 3D scans. 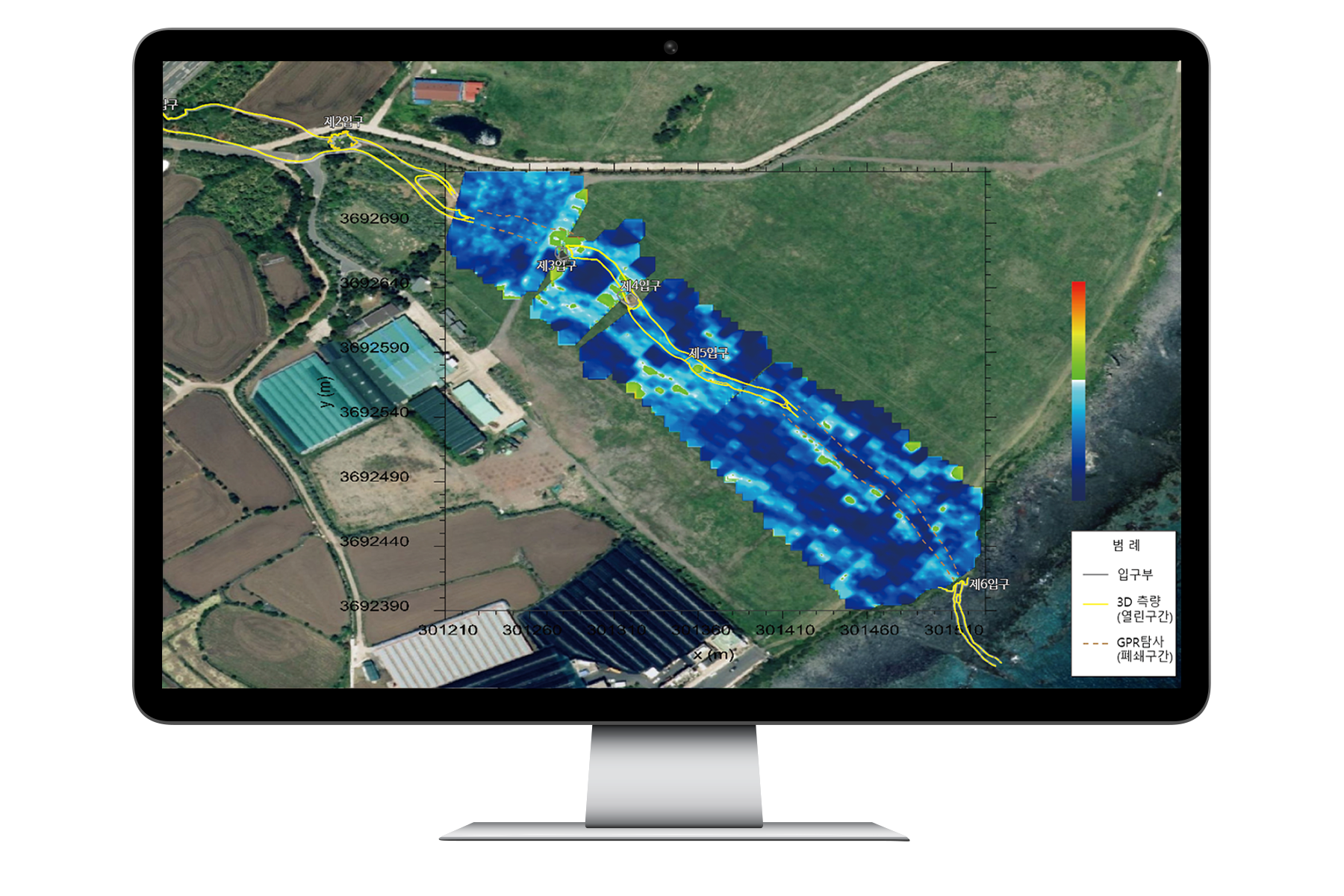 "GS8000 receives well the correction signals from Korea's VRS GPS base station and works well with accurate real-time location.
Also, when the exact depth and scale of the lava cave are not known, it is difficult to determine the appropriate GPR antenna frequency in general GPR survey. But GS8000 has wide band frequency, I don't need to worry about the antenna selection." - His Earth Co. Ltd.

Check out more customer case studies in our Inspection Space to see how others are using the GS8000 for their subsurface detection and mapping of the underground.