Christopher Columbus was most known for his travelling and discoveries of unknown lands, but what is not widely talked about is the travelling he did after he died…

In fact, the remains of Christopher Columbus never rested in one place, but were moved several times throughout history.

When the famous navigator died on May 20, 1506, he was buried in Valladolid, Spain, but it wasn’t known exactly where. A few years later, his remains were moved to a monastery in Seville, Spain where they spent 40 years until being relocated to the Cathedral of Santo Domingo, Dominican Republic. In 1796 they were moved again to Havana, Cuba, only to return to Spain in 1898 to its current location in the Cathedral of Seville.

Historian Marcial Castro Sánchez and architect Juan Luis Sainz alongside a group of researchers set out to find the exact location. The study combined data collected from a geophysical survey with ground penetrating radar through the current streets of Valladolid, and DNA sample collection from bone slivers taken from the Seville tomb.

Through other technicians who are experienced in digital reconstructions of heritage buildings, the researchers were introduced to Geozone, a geophysical engineering company that specializes in this type of work.

The need to carry out a survey that would allow a detailed reconstruction of the subsoil in high resolution forced the team to consider the need for mapping the area of interest, where archaeological prospections had already been previously carried out. The area was very anthropized because it is a central street of Valladolid.

From a dual-frequency GPR, the realization of a dense mesh of profiles and the georeferencing of the project, it was possible to make interpretations of the subsoil until obtaining delineations of the remains of foundations on zenithal images of the area.

Thanks to the careful work during data collection and deep analysis, plus the DNA samples, the exact location of the first tomb of Christopher Columbus has been confirmed.

After analyzing the data from the GPR survey using GPR Slice, the team were able to reproduce part of the remains of the old convent and the possible chapel of the Count of Cabra that, documentarily, was pointed out to be where the admiral was buried for the first time - in the convent of San Francisco in Valladolid. 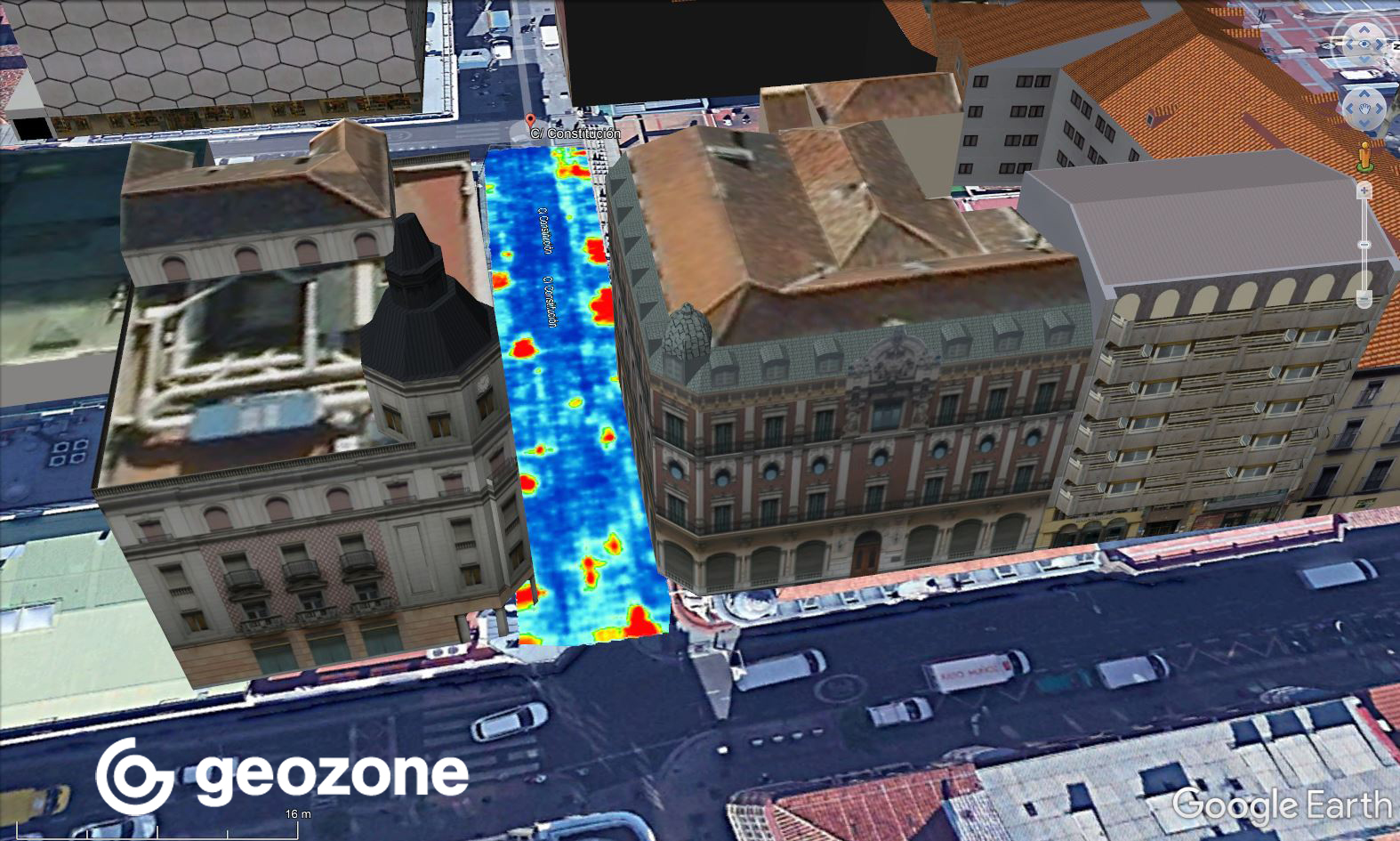 This convent no longer exists, and the site is now a busy commercial and pedestrian area, however the Navel Museum of Madrid initially helped to coordinate the historical investigation with the last available plans from the 19th century of the Valladolid convent.