The Friends of Lebanon Cemetery is a 501(c)(3) nonprofit organization dedicated to the promotion of African American cemeteries in York County, Pennsylvania by honoring the memory of those interred in their folds through historic research, documentation, education, preservation, restoration and community engagement.

Founded in 1969, RETTEW is an industry-leading engineering consulting firm headquartered in Lancaster, PA. Their Senior Geophysicist William (Bill) Steinhart focuses on subsurface engineering and utility locating. His skills in subsurface mapping also comes in extremely useful for working on important historic projects such as this one...

The Midland cemetery in Pennsylvania was founded in 1795, a historic burial site for slaves, black freemen and women, Buffalo Soldiers and veterans from many eras. The cemetary had been left to be swallowed by thick vegetation until 1993 when the PA Hallowed Grounds started the restoration. Unfortunately, many of the monuments had been lost to time. Additionally, the exact boundaries of the cemetary were in question. Bill was contacted by PA Hallowed Grounds to scan a portion of the cemetary in an attempt to locate graves that may have been covered by a road.

Bill used GPR Insights software on this project to post-process the data from the GPR survey. This step was crucial to analyze the soil variations, common for historic burials, in order to know if a grave was there or not, and to map the unexcavated 'missing' burial sites that were located under the street and soil.

GPR Insights is a web-based post-processing and analysis software for all types of GPR data. Bill had used other advanced GPR post-processing software in the past, but had found the process to be complicated and time consuming. This time he chose GPR Insights with an intuitive interface and many automatic processes that saved him hours of time in the office.

With GPR Insights, Bill was able to create detailed 3D visualizations and geolocated maps of the burial sites in just minutes. The software allowed him to take the raw GPR data and almost instantly extract insights that would otherwise be hidden to the human eye. 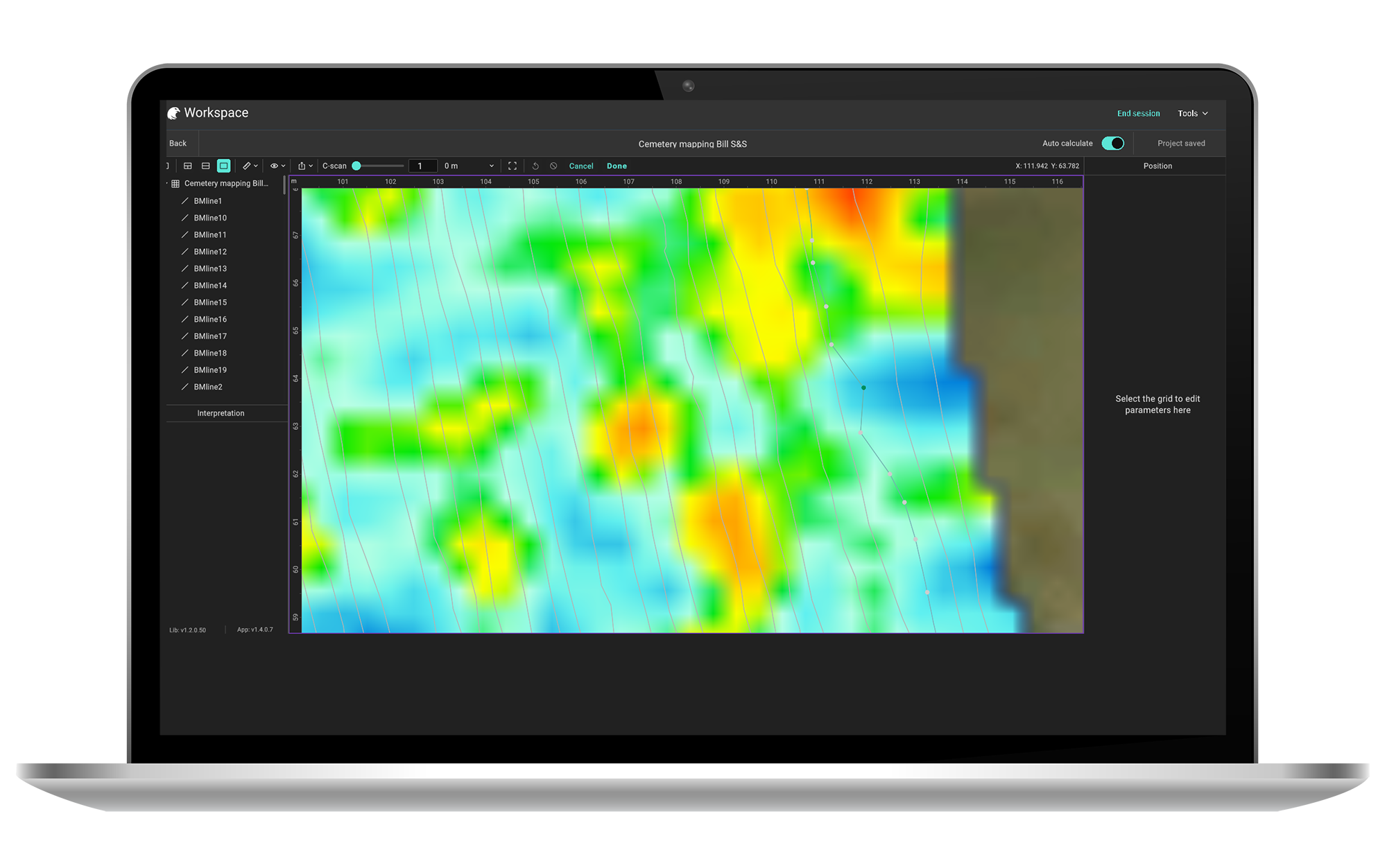 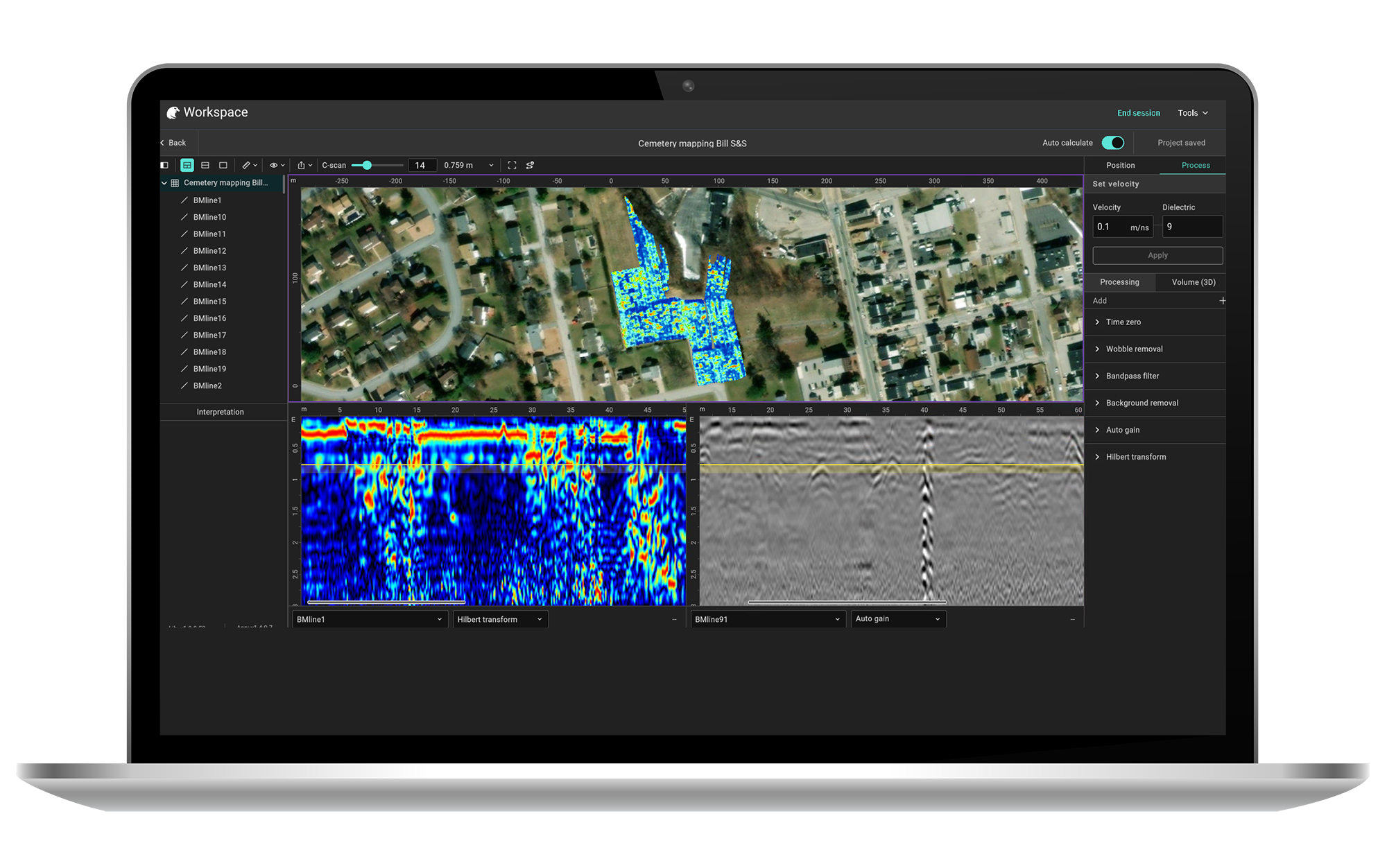 There are things insights is able to do that we couldn't before. There is not a thousand buttons, all you need to do is a few-clicks. The ability to change profile lengths, making changes to profile length graphically is very easy. The automatic features are awesome.

With the information extracted from the project, celebrations for the 150th anniversary of the cemetary were made even more impactful as the locals were able to truly honor all those who had been buried there.